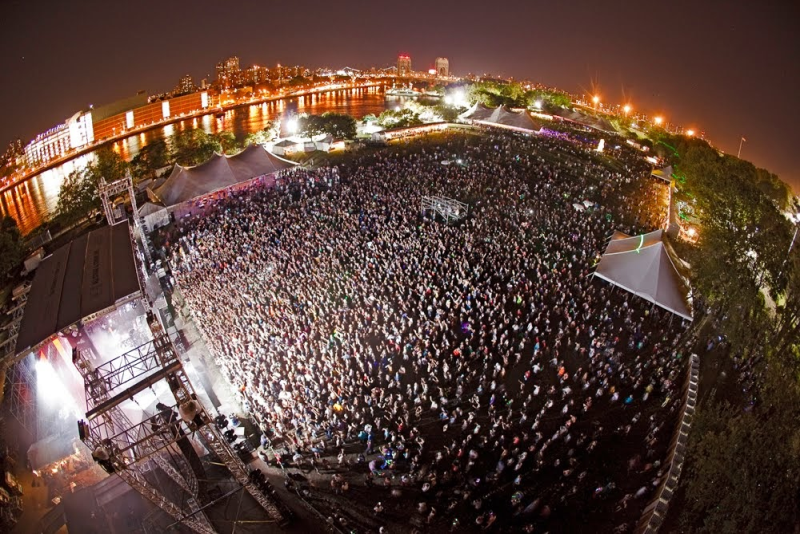 Last April, I realized that 10 years (!!) has passed since Electric Zoo 2010. Some #TF members went, so did I but on a last minute decision (more on this later).

So I thought I’d share my memories of that weekend (whatever stuff I can still remember), and tag you along on Twitter since you are part of what I can still remember :) If you want to add your own point of view, drop me a line and I’ll add that to the page!

Technical note: this website is rather unused and there is no traffic on it (except some lost search engine bots), so whatever I put there should be rather safe. Also, no ads, no browser tracking, no cookies, no BS.

What a year of ice breaking 2010 was for me… check this out:

I won’t go in details about ASOT450 since if you read this page, you’re probably more interested about EZoo. But some memories resurfaces anyway- such as having my debit card expire the very morning leaving for Toronto (gotta love backups), being forced by security guards to go through another room to get back to Armin’s room, getting lost in the process, passing through a room double the size of the Guvernment with a DJ playing house “that looked like David Guetta” (it was actually him), streaming the next day of ASOT450 NYC (which I know some of you went!) while driving on my way back, from my cellphone at crappy 24Kbps audio quality because my 2 Gb plan clearly couldn’t handle 8 hours of CD-quality livestreaming. Okay I digress…

Months prior to EZoo

I need to thank Stacey for pushing me hard on this! I bought my EZoo ticket months in advance, somewhere near the end of spring, and I had an appartment move planned in July (as a majority of quebecers renting apartments do. I dunno why- that’s a Quebec thing only apparently), so I had to buy most of my furniture for the new place as well.

Me and Stacey basically promised each other that “if you go, I go”, basically pushing ourselves to buy the ticket.

Part of the reason I was so active in 2010 was the fact that I moved from a cheap aprartment in a crappy building/neighborhood. I said to myself “Fuck it, i’ll pay more for next place as peace of mind has no pricetag on it”. Budget for gigs took a hit from there, and started to be less active from that point forward.

Anyway I totally forgot to budget for one important piece of furniture (the bed of all things!). I had to get one ASAP, but my EZoo budget was going on fumes at that point. So I went the honest route and told Stacey about this and waiting to call off the plans on my side. I didnt want to cancel no more than she did, and she made sure to beg me once in awhile on twitter to reconsider.

The closer we were from the EZoo weekend, for more insisting Stacey was :) My work week was almost done, doing the evening shift Monday thru Friday from noon to 9PM. I usually come back home and chill in front of my PC. With a few @ mentions from Stacey that evening too.

So I still remember to this day the Tweet that started it all:

Well somebody (probably Katie?) DM’ed me with an opportunity. Alicia called me (at past 1AM local time) explaining that she organized a group of 4 going to EZ and sleeping in a hostel nearby. Thing is, somebody in the group didnt show up or cancelled his/her plans. I basically said “fuck it, i’m in!”. She was a bit concerned about my safety- I did a work shift, didn’t sleep yet and I’d have to drive all night to get to NYC which was a 7-8 hours drive from home, and EZ Day 1 was starting at noon saturday. To which I assured « Once the sun is up, I should be fine ». (I was, but I wouldn’t do it again :) )

« Wait, I can’t rely on my cell data plan to provide directions. » (This is Canada, where nowadays in 2020 you pay 50-80$ CAD for an all unlimited talk and text with a mere 3 Gb data plan. Nevermind 2010, and nevermind US roaming charges which was basically a financial rape. If it seems harsh, fellow canadians can confirm :) ). I NEEDED paper maps. Only… I dont have a printer. « Where can you go at past 1 AM to print paper? Yeah, at work! » I was working at a hardware store, and at that moment of the day there was a night shift filling shelves, so thankfully I could get in. So i did a quick roundtrip to work ONLY for paper map directions. In my excitement I even forgot to turn on my night beams on my way back and got a friendly reminder from a police officer :)

« So I have maps, enough energy drinks for the weekend (read: a dozen), spare clothes. Cool, now I can sleep before leaving. »

Quick maths: « So Noon minus 7 or 8 hours of driving time to get there. This leaves me… 45 minutes of sleep time. There’s NO WAY I can possibly sleep, fuck it- let’s go right now ! »

So I left. I lived 45 minutes-ish away from the border, which I never crossed in my life yet. I heard US customs security was hardened since 9/11, and only that. Turns out, couldn’t be further from the truth. «Where do you go? For how long? Enjoy your stay!» Wait, that was it? 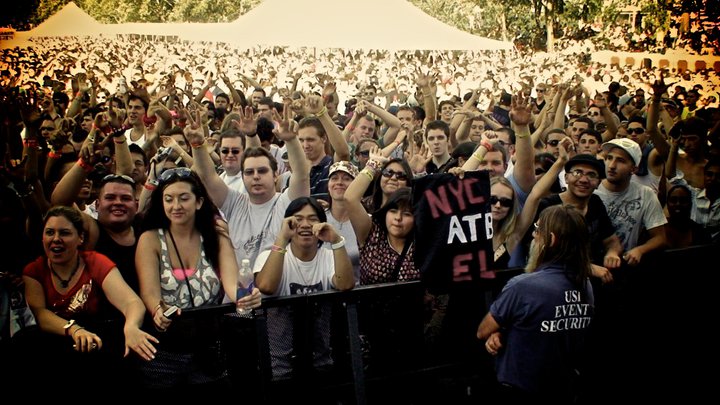 You guys got it easy for the music selection on the (FM) radio. (Remember, this is 2010. I drove a leased Base 2009 Yaris at the time, no satellite radio, only FM!) I remember listening to Avenged Sevenfold’s cover of Panthera “Walk” from an FM station while crossing Vermont near 5 or 6 AM. There is absolutely no way this can happen on Canadian radio stations, even off peak times! This blows my mind.

So the more I drove down south, the more dense the traffic was- especially after passing Hartford CT. The more I was getting closer to NYC, the more traffic was cutting into my buffer zone in front of my bumper, even more aggresively than drivers from Montreal or Toronto. Anyway I ended up touching down at a parking lot close to the hostel, met with Alicia who was waiting for my arrival as the others went on site, and jogged towards the site. Cleared security and arrived at the Hilltop Arena to join others.

This was the weekend where Hurricane Earl was threatening to enter the US East coast but it turned into a per-fect weather for the whole weekend. Sunny and really hot for that period of the year (disclaimer: Canadian, so for me it usually starts to be less hot in September, hell at the time of writing this, Aug 20, mornings are a bit chilly when on bike :( )

Meet and greet everybody for a quick chat, more or less front and right of the stage, as Markus Schulz was playing. Once I met the gang and caught my breath a little (I mean I ran, was stressed on the way to NYC, it was still hot AF, AND we were packed in a tent); I danced a bit on Markus’ Perception and the breakdown arrived soon enough. As the vocals started, a breeze passed through the tent- that’s where I was able to finally sigh and think: « Well shit, I DID make it! » 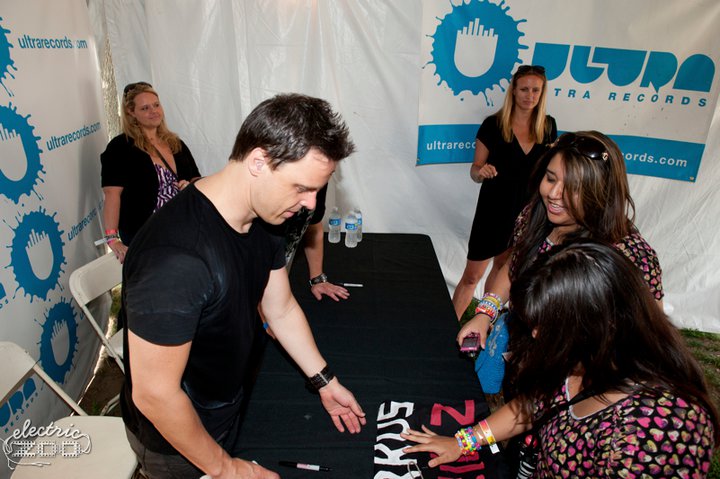 That’s the hardest part to write… Because:

So I combined both days together. Won’t be long though. So here’s an old guy ramblings in no order whatsoever:

So met a few of you there: Alicia, Katie, Stacey, Crissy, Danny, Godhuli, Cubie. Definitely sure I am missing a few, especially the names of the Australian couple (holy shit you guys flew only FOR EZOO?!) who were at the hostel with us. In true Canadian fashion, sorry! (Also, it was 10 years ago :)

I do remember that Mr Aussie (Dan?? Seriously I cant figure it out, fuck me.) provided the drinks- needless to say that one glass was all that I needed to get knocked out on Saturday night. Everybody knew and understood why :) Oh yeah, and I was basically stuttering my way through sentences at that point. That was funny for everyone

I’m a guy who sleep really lightly- any sound faint sound wakes me up. This weekend was an exception: I lied down, blinked and it was morning already, a bit like in video games. 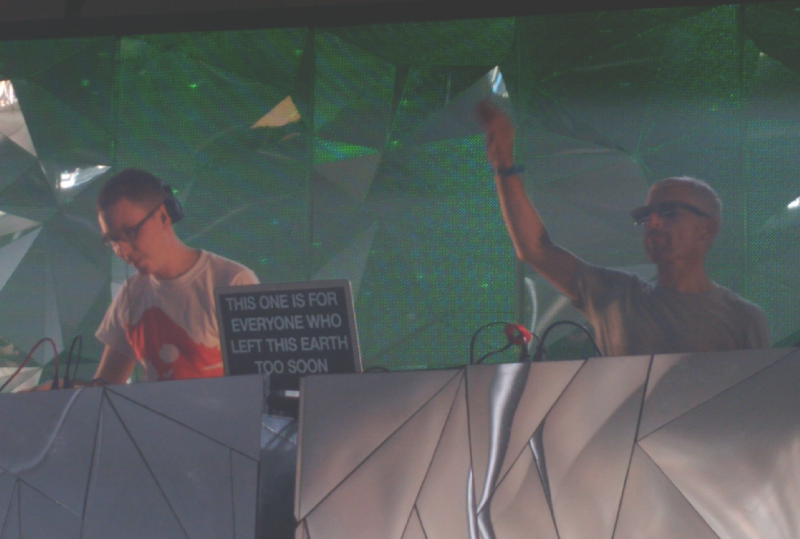 I remember being front and center at Above and Beyond. So we got our spots the set before and it was a new breakthrough artist known as Avicii. RIP- and it was the year Levels released too. It was also the year of Swedish House Mafia’s One (Armin closed Sunday with that track, heck even Markus played it- most DJs did). But I remember people chanting Levels (not One) on the bus on the way back one night. So Avicii was already leaving his mark on the EDM scene at that point.

ATB dropping Rage Against The Machine’s “Killing in the name” on the main stage!? The 90’s kid in me couldn’t be happier, but that was an hard NO for Crissy, even coming from ATB!

I’m pretty sure we could hear Stacey shout “Sander!!!!” in his livestream (the show was broadcasted on satellite). Anyway, here’s Sander pointing at Stacey. 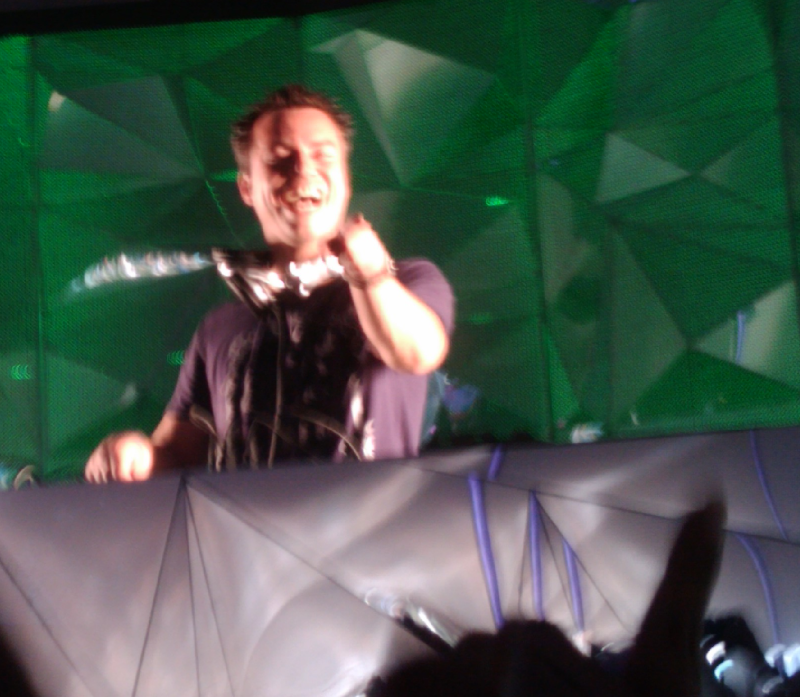 There was not much time (for me anyway) to go and visit on monday. I still needed to get back, and left at ± 7 PM monday evening.

When I left, I was soon faced with two exits to join the main highway: Left Lane: “To Bronx” (with no further explainations). Right Lanes: “#xxx HWY” badge, actually where I needed to go but no indication of which cardinal direction (northbound etc). I always got told to absolutely, definitely NOT go to Bronx. Ever. I was warned that if I ever got there by accident, “GTFO and don’t even stop at red lights” kind of warnings. I’m not even kidding! I’m sure it’s overexagerated, but since I didn’t want to test those theories, obviously i went right, but that lead me in the opposite direction towards La Guardia Airport. That costed me a few hours of being stuck in traffic, not finding a ramp for access north bound and going up bridges in a manual transmission (as if my knees didn’t hurt enough!), and arriving home at 3 AM.

Now the Canadian customs. Got my canadian (drivers) licence and all IDs. Should be an easy way in, right? Cue Donald Trump: « WRONG! »

The usual questions about travel, duration, etc wasnt that bad, but that rude border agent was something else. She actually wanted me to call Alicia to confirm I went to a two day concert… at 2 AM?!? Alicia if you read this, if I didn’t wear that EZoo bracelet when crossing borders, i’m pretty sure I would be forced to call you just to confirm my whereabouts!

Not that I want to have website traffic or anything serious, but having other people’s point of view might be fun to read for others who did the trip. If you want to include your point of view, drop me a line, i’ll add them below! Photos too, i’m not picky :) 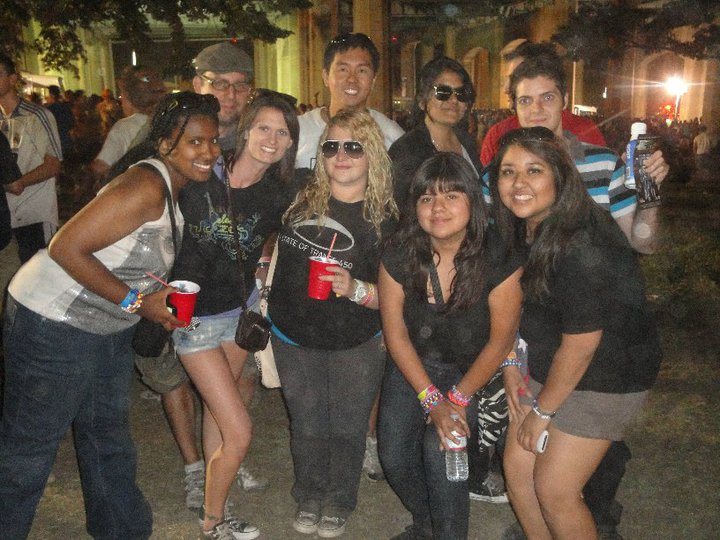